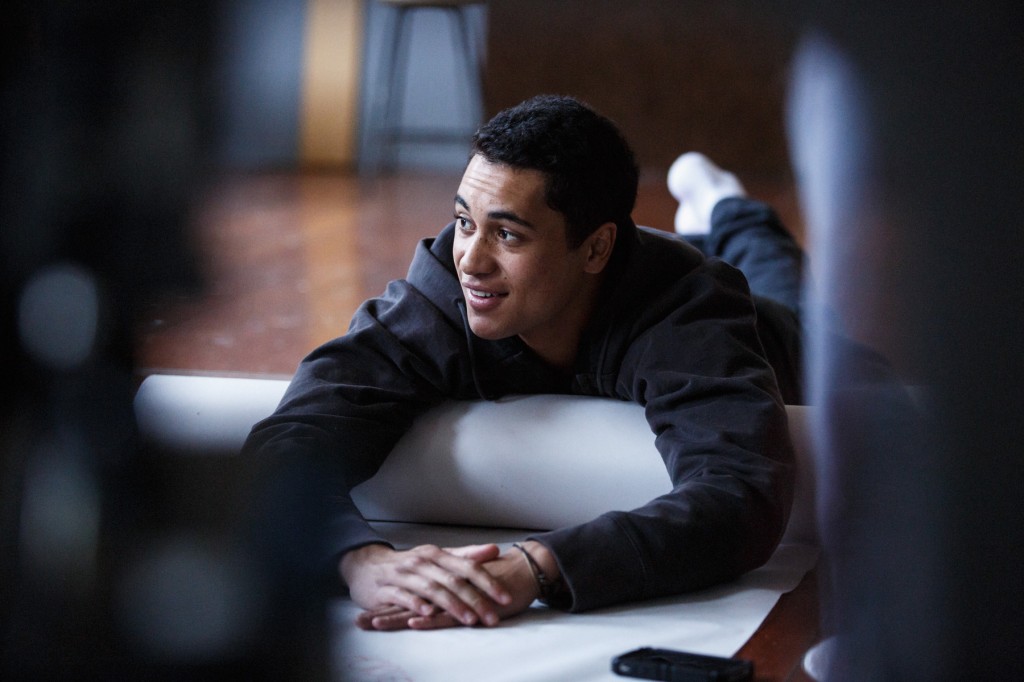 James Rolleston’s first film was Boy (2010), Taika Waititi’s box office smash hit. As an 11-year-old he gave a performance that resulted in the Best Actor nomination at the NZ Film & TV Awards and remains a firm favourite in the hearts and minds of New Zealand audiences.

His most recent film is Pork Pie – the Matt Murphy-directed remake of Geoff Murphy’s iconic Goodbye Pork Pie – in which he stars with Dean O’Gorman.

Rolleston starred with Lawrence Makoare in box office hit The Dead Lands directed by Toa Fraser, which had its World Premiere at Toronto International Film Festival and for which he was again nominated for Best Actor at the NZ Film & TV Awards (2014).

At the same awards he won Best Supporting Actor for his work alongside Cliff Curtis in the critically acclaimed The Dark Horse, written and directed by James Napier Robertson, which premiered at the NZ Film Festival 2014 and won Best Film Award at Seattle and Audience Awards at San Francisco, Palm Springs and Rotterdam film festivals.

His tribal affiliations include Ngāi Te Rangi, Ngāti Whakaue, Ngāti Porou, Tūhoe, Whakatōhea and Tainui. He is very proud of his Māori heritage but also acknowledges with pride his Spanish, English and Scottish heritage.